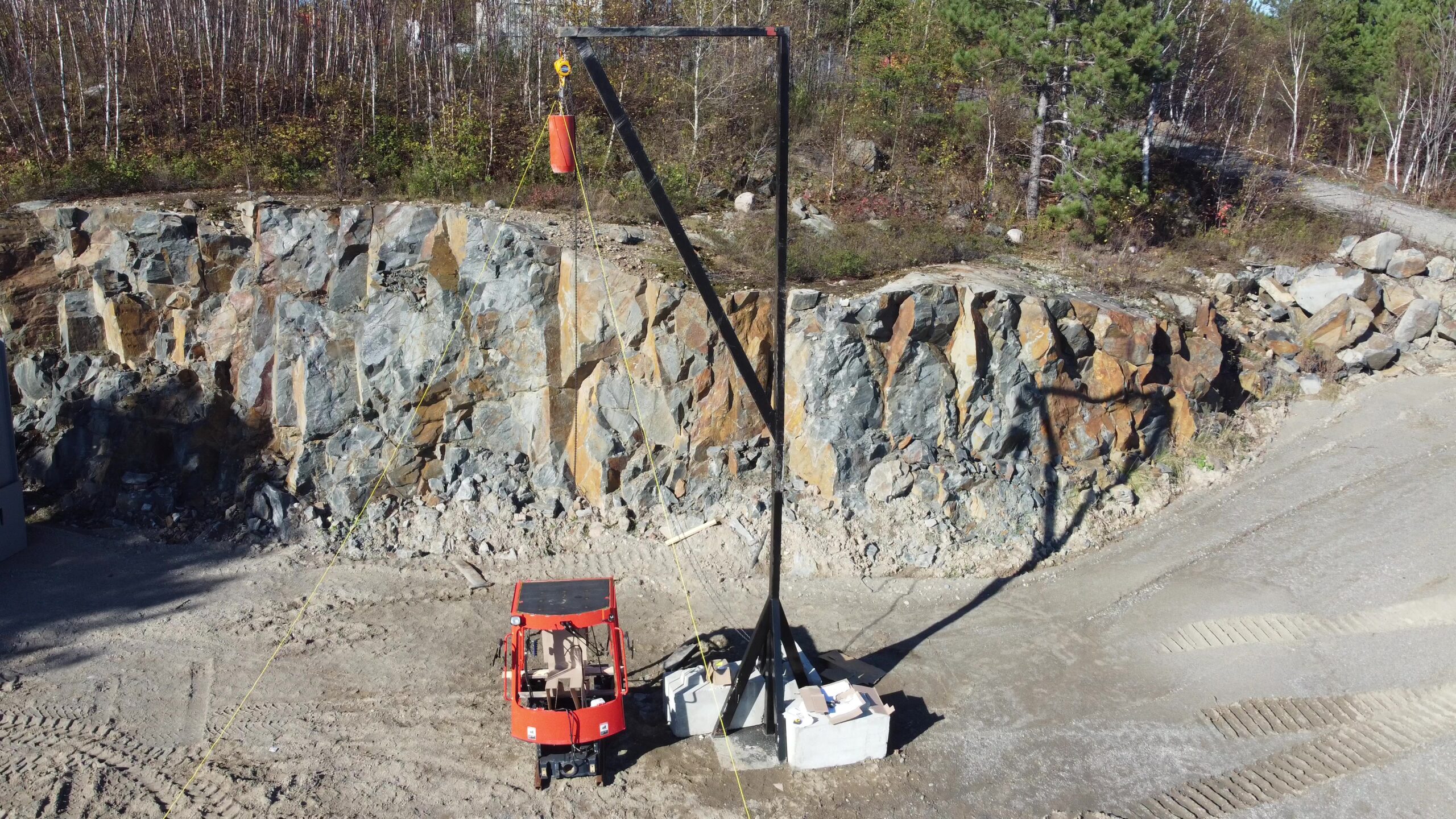 Ensuring personnel safety is paramount to running a smooth industrial operation such as a mine or construction site. One of the most dangerous operations on an industrial site is the movement of equipment and materials. Hazards such as falling loads, tipping equipment, and moving vehicles are important to identify and control so that the potential for injury to personnel is minimized. The design of mobile equipment has an important role to play in the safety of operators and others on site; using the well designed and tested equipment can save lives.

Where falling or tipping hazards exist machinery should be certified to an internationally recognized standard for operator safety. For example: tipping risks are controlled by designing, testing and operating equipment to ANSI B56.6 or equivalent. Hazards caused by falling material are controlled by designing and testing in accordance with ISO 3449 (FOPS) and rolling hazards are addressed in ISO 3471 (ROPS).

Falling Object Protective Structures (FOPS) are classified into two categories by ISO 3449. Small object protection is “Level 1 FOPS” and is designed for small tools or other material that weighs 100lbs or less. Large object protection is classified as “Level 2 FOPS” and is designed for larger loads, up to 500lbs, dropped from a higher height. For maximum operator safety FOPS Level II is always recommended. However, on sites where the risk of large object falling is low FOPS Level 1 is usually sufficient to provide adequate operator protection.

When testing a vehicle to ISO 3449 or ISO 3471 a representation of a person “test dummy” is required. The technical term for the test dummy is Deflection Limiting Volume or DLV. During testing the DLV is secured inside the cabin where the operator would be situated during normal operation. A passing test means the structure does not touch the DLV during the test.

ISO 3449 Level II (Usually for Mining, Underground Construction, Demolition, and Forestry applications) protects the Operator from falling rocks, trees, and other objects. In this test a 500-pound test weight is dropped from a height of 17 feet onto the canopy/cabin. The canopy/cabin cannot deform to the point where the DLV (Deflection Limiting Volume) is touched by the canopy.

ISO 3449 Level I (Usually for agricultural applications) is designed to protect the operator from smaller dropped objects such as hand tools and small rocks, small branches etc. In this test a 100-pound test weight is dropped from a height of 10 feet onto the canopy. The canopy cannot deform to the point where the DLV is touched by the canopy.

After the canopy is designed it must be tested to ensure the strength meets the desires ISO 3449 level. Performing FOPS physical testing ensures that the engineered design of FOPS is correct, and the design can absorb the required amount of energy to protect the operator from injury. The FOPS physical test is destructive, typically the damage sustained during the test means that the tested canopy cannot be used again. The pictures and videos below show FOPS Level II testing performed by MineMaster.

After the FOPS design is tested the testing report is written to summarize the findings and provide a record of the test. Once certification is complete all future builds are required to have a permanent label listing the part number, serial number, and certified specifications listed. To determine if a canopy is FOPS/ROPS certified look for a tag on the structure such as the one below.

ISO 3471 protects the Operator in the event of a vehicle rolling. In this test a specific force is applied in each of the lateral, longitudinal and vertical directions and the deflection of the structure is measured to ensure the DLV is not touched during the test. The forces are calculated based on GVW (Gross Vehicle Weight) since a heavier vehicle will need a stronger structure to protect the operators during a rolling event.

To perform ROPS testing a custom structure is needed to apply the required forces onto the canopy. The pictures below show the structure that MineMaster uses to test our vehicles.

The first step is to perform background research and pre-test consultation to determine sizes, dimensions, and other special requirements of the ROPS/FOPS. During this step the specific testing details are defined such as how to fix the canopy to the testing structure.

Next a CAD simulation is performed to verify the design before physical testing. It is important to identify any possible issues before that can cause a test to fail, and CAD simulation confirms that the design is ready for testing.

Once the canopy is built it is fixed onto the testing base. Since the tests need to be performed in multiple directions a special base is used to hold and move the canopy during the tests.

On testing day, the base and canopy assembly are fixed to the test platform and a hydraulic cylinder is used to apply the calculated force to the structure. The force is slowly increased to the maximum test value.

The DLV is used to determine the success of the test. If the DLV is not touched by the structure then the test is considered to pass.

Putting It All Together

When performing ROPS/FOPS testing together a specific order is required to ensure the standards are followed properly. First, the FOPS test is performed. No straightening of the frame is allowed in between any tests. After the FOPS test the ROPS test is performed in the lateral direction, then vertical, then longitudinal directions. If the structure touches the DLV, the ROPS fails the test

After the physical testing is complete a test report is then written by the test engineer to summarize the tests and findings. Finally, the drawing for production is stamped by the engineer to certify the design per the tested standards.

MineMaster has the capability to perform both ROPS and FOPS (Level I and II) testing for vehicles up to 95,000 lbs GVW.